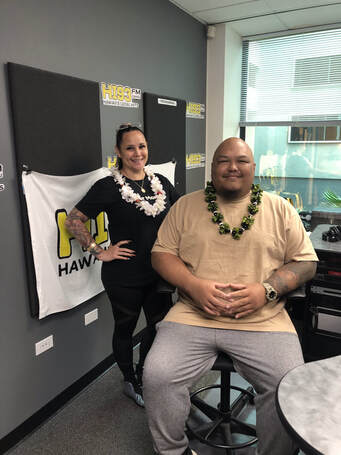 Say Aloha Kakahiaka with “The Morning HI”, hosted by Steezy and Rella!  Our super hosts are proud to have been born and raised on Oahu, getting you up every day in beautiful Hawaii Nei on the new HI93, and are a dynamic duo inside and outside of the studio.

Friends in real life, Steezy and Rella go together like SPAM and rice and have a combined 40 years of experience in entertainment. Rella is a graduate of Saint Francis while Steezy wore his cap and gown at Nanakuli High School.  Long before they first woke Hawaii up with “The Morning HI”, our classic duo knew each other for many years having first rubbed elbows at i-94 (93.9FM).

Rella is no stranger to the art of multi-tasking. While at i-94 from 2003-2007, she tackled overnights from midnight to 5:30am and delivered the latest traffic news for not only i-94 but also Island 98.5, all while producing the latter’s morning show with local legends, Lanai and Augie. Rella went from producer to morning show co-host when she glided over to 1027 Da Bomb to join Sam the Man; this would become her first number one morning show! As Rella left 1027 Da Bomb for a short hiatus in 2010 to focus on family, Steezy was just entering the Bomb world, where their paths crossed would eventually cross again.

After she returned to Ohana Broadcast Company (now Pacific Media Group), Rella‘s signature voice entertained listeners on all 4 company stations, where her versatile charisma perfectly clicked with each of our stations’ specific genres.  In 2016, Rella embarked on her second journey as a morning show co-host on 1027 Da Bomb.  “Keola and Rella In the Morning” quickly climbed the ranks, which gave our superstar host her second number one morning show.  Since March of 2020, Rella has been one-half of “The Morning HI” with Steezy where she strives to work her magic for a third number one morning show!

Steezy’s lengthy entertainment career began in 2000 as a recording artist under Tiki Entertainment.  Not only is he an accomplished radio host, he drops bars with local rap supergroup, the “Angry Locals”.  In 2007, he unleashed his winning personality and trademark laugh onto the airwaves at i-94, where he first met Rella, on the weekends and at night.  In 2010, he shifted over to 1027 Da Bomb, where he conquered nighttime radio for 10 years with his number one show “#THESTEEZYEXPERIENCE”.

Steezy continued to utilize his talents when he became the morning show producer for “Keola and Rella In the Morning”, amplifying the show’s popularity while keeping the show in the number one spot.  Our stylish hip hopper took his expertise to “The Morning HI” in March 2020 and shares his unique brand of Aloha alongside Rella every morning.  When he’s not on the airwaves, Steezy is a highly sought out Event and Wedding Emcee and media creator.  A big guy with big Aloha for everyone he meets, Steezy’s passion for multimedia is evident in his willingness to dive into anything and everything.  The obvious determination he has to produce quality material and the natural tone in his work resonates with fans all over the world.

​Combined, these two are the recipe to making a magical memorable event. 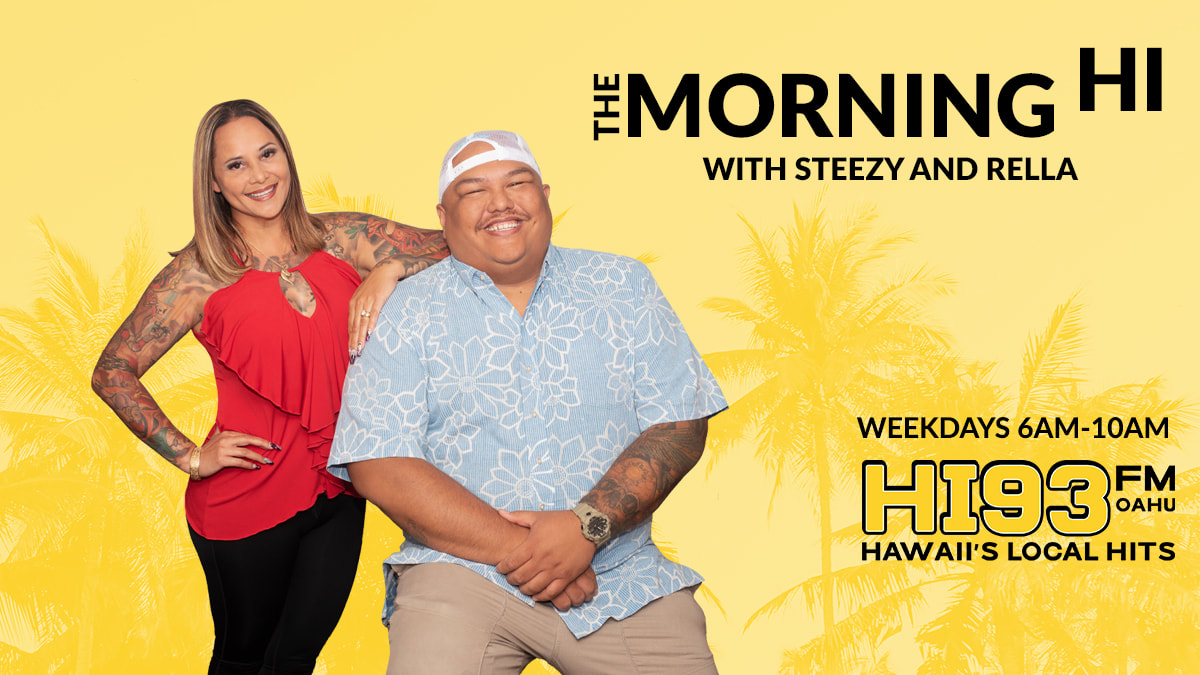